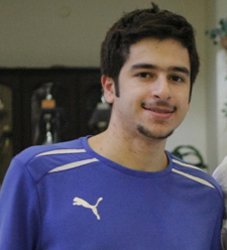 Kuwaiti Abdullah Al Muzayen (pic) celebrated an historic squash success in the final of the Senses Open in Beirut when he beat Egypt’s Zahed Mohamed to win the 1st PSA World Tour event ever to be held in Lebanon. The top seed was in sensational form in the Lebanese capital where he reached the climax of the PSA Challenger 5 event without dropping a game. Left-hander Al Muzayen was marking his 8th Tour final – whilst Mohamed was making his maiden appearance in a PSA final after a series of stunning upsets. In the end Al Muzayen was too strong for his inexperienced opponent in the final, beating Mohamed 11-8, 11-8, 11-4 in 30 minutes to collect the 5th Tour title of his career.