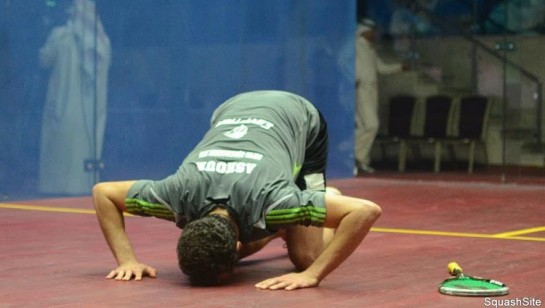 The 25-year-old Egyptian’s triumph, in the 3rd PSA World Series event of the year at the Qadsia Sporting Club in Kuwait, is his seventh Tour title in a row, the 30th of his career – and extends his winning streak to 36 matches since May last year.

The jubilant champion kissed the court floor in celebration as the crowd cheered their appreciation.